Punitive damage awards – which can potentially triple the monetary damages to which you are entitled in an injury lawsuit – are notoriously tough to obtain in Florida medical malpractice cases. Even getting judicial approval to request them requires proof of gross negligence and/or intentional misconduct – rare in any medical negligence case. The West Palm Beach medical malpractice attorney you hire should be able to tell you whether it’s at all a possibility after a careful assessment of the facts of your case. 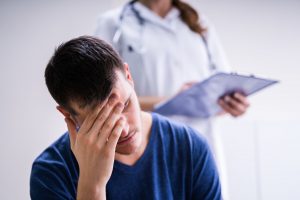 There are two basic types of damages you can seek in a Florida injury case: Compensatory and punitive.

Punitive damages, meanwhile, are intended to punish the defendant for egregious negligence or intentional wrongdoing and/or to serve as a deterrent. It is paid to you, but the driving factor is the outrageousness of the defendant’s wrongful conduct. Punitive damages are capped in Florida to be either three times the amount of the compensatory damages OR $500,000, whichever is greater.

Medical malpractice claims in Florida are tougher than the average tort case as it is because it’s not enough to show the health care provider simply failed to use reasonable care (the standard for typical negligence claims). What must be established – by expert witness testimony of a similarly-situated medical professional – is that the health care provider failed to follow the applicable standard of care for their specialty, region, and circumstances. Doing so would entitle the claimant to collect compensatory damages for their injuries.

But punitive damages would only be allowed, per F.S. 768.72, if there was proof the health care provider in question engaged in intentional misconduct or gross negligence. The latter is defined as conduct “so reckless or wanting in care it constitutes a conscious disregard or indifference to the life, safety, or rights of the person exposed to (it).” That is only going to apply in a small percentage of South Florida medical malpractice lawsuits.

That said, here are some general examples of when punitive damages might apply in medical malpractice cases:

When your life has been impacted by medical malpractice, it’s important that you be fairly compensated, but also that those responsible are held to account. Our Palm Beach medical malpractice attorneys are dedicated to ensuring you are pursuing every prudent and viable avenue of compensation and accountability for your losses.