Any health care provider will tell you that with every procedure, treatment, or medication, there may be a modicum of risk. Poor medical outcomes aren’t always the basis for a South Florida medical malpractice lawsuit. However, grounds for such claims may be strong when the incident in question involves a so-called “never event.” 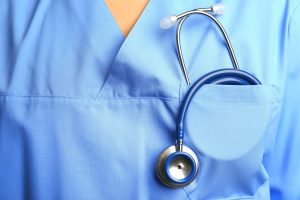 As our West Palm Beach medical malpractice lawyers can explain, the non-profit patient protection organization the National Quality Forum describes never events as mistakes in medical care that are clearly:

The NFQ has a long list of all the various incidents that are generally understood as never events. Some of the most common include:

They’re called never events because, very simply, they should never happen. And yet, they still do.

Recently, the Miami Herald reported on a lawsuit stemming from a never-event at a hospital in Fort Lauderdale. The tone of the headline, “Miami jury said a screw was worth $902,000…” seemed to indicate the damage award was somehow excessive. But as Florida medical malpractice attorneys can explain, it likely had to do with the fact that it involved a never event: Leaving a foreign body in a patient after surgery.

According to court the report, the defendants (a board-certified orthopaedic surgeon and his practice) were involved in two spinal surgeries performed on plaintiff. Following one of those procedures, the surgeon reportedly erroneously left a metal screw in her spinal column. During a follow-up appointment, the patient complained of pain and numbness in her leg and foot. She ultimately sought treatment from another physician, who described her as being in a great deal of pain. Upon reviewing imaging scans of the woman’s spine, the second doctor testified he was surprised to see an improperly positioned screw in her spine. The second doctor and his surgical team ultimately removed the screw and alleviated the pain.

Plaintiff was awarded $600,000, while her husband was awarded a little over $300,000 for loss of consortium (deprivation of the benefits of a family relationship, which can include affection and sexual relations).

The defendant doctor had reportedly had another administrative complaint on his record with the Florida Department of health for alleged lapses in post-surgical care of another spinal surgery patient.

It’s impossible to know exactly how many never events occur each year, but a breakthrough national study in 1999 estimated at least 100,000 deaths in the U.S. every year could be attributed to medical errors. Many more suffer preventable illnesses or injuries as a result of medical mistakes.

More recently, a 2019 analysis published by Pharmacy Today of some 2,000 participating hospitals, 1 in 4 failed to meet “never event” standards. Disparities were noted between urban and rural hospitals, with the latter as a group falling especially short of these care standards.

If you or a loved one has been injured, fallen ill, or been harmed as a result of medical malpractice in South Florida, our dedicated team of civil trial lawyers can help.