One of the complicating factors in South Florida medical malpractice cases stemming from negligence in hospitals is that very often, the doctors are not direct employees of the hospital. 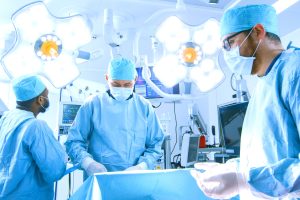 Why does this matter? Because in Florida, employers can be held vicariously liable for the negligent actions of their employees. That means one does not need to prove the employer directly engaged in wrongdoing, so long as one can show the negligent employee was acting in the course and scope of employment at the time of the incident. When doctors are classified as independent contractors – separate from the hospital – it means additional proof of direct negligence by the hospital is required in order to prevail in a case against them.

However, a recent South Florida appellate ruling on a medical malpractice lawsuit may broaden the circumstances under which a hospital may be held vicariously liable for the negligent actions of doctors providing care at the medical facility. Justices in Florida’s 1st District Court of Appeal in Gradia v. Baptist Hospital  reversed the trial court’s ruling clearing the hospital of vicarious liability in a medical malpractice case.

According to court records, the patient in question was at home when she went into cardiac arrest. She was comatose when being transported to a nearby hospital. She was still comatose when doctors decided she should be transferred to another hospital better equipped to treat Level II trauma. Upon arrival at the second hospital, the treating emergency department physician decided not to induce something called therapeutic hypothermia. As our West Palm Beach medical malpractice lawyers can explain, this is a type of treatment that involves lowering one’s body temperature to improve neurological recovery and prevent edemas and strokes. It’s commonly used for critical cardiac arrest patients.

The patient ended up suffering profound and permanent brain damage. The Florida medical malpractice lawsuit filed against both the doctor and the hospital alleges that failure to order therapeutic hypothermia was a deviation from the prevailing standard of care for cardiac arrest patients – one that left the patient completely and permanently disabled.

The trial court agreed with the hospital on the issue of vicarious liability for the doctor’s actions, citing the 2003 ruling in Shands Teaching Hospital v. Julianna, where it was found that hospitals generally can’t be held responsible for a negligent physician who is classified as an independent contractor.

But in the appellate court’s reversal of that summary judgment, it was noted that liability is dictated not so much by the terms used in the contract (“independent contractor” versus “employee”), but by the level of control the hospital wielded over the doctors who worked in its facility.

The terms of the contract between the hospital and the emergency services company does indicate that the company is an independent contractor, and therefore, there is no employee-employer relationship created by the agreement. The contract plainly states that the emergency services company assumes sole responsibility for its own agents, employees, and subcontractors while engaged in the performance of relevant services. However, the terms of the agreement also give the hospital “ultimate control” over both emergency department personnel and the practices employed by emergency room doctors. The contract does say that doctors are to provide their services according to “their own means and methods of work,” but it also imbues the hospital itself with the “overall authority and responsibility for policy, administration, and executive control matters relating to operation of the emergency department” and related services.

Therefore, there’s an open question about vicarious liability because it will rest on how much control the hospital had over the doctors. The more control an organization has over its “contractors,” the greater the odds they can be found legally responsible when one of those contractors is negligent.