If you’re considering hiring a West Palm Beach injury lawyer, one of the primary factors to weigh is the attorney’s track record of success in similar claims. That said, you should know that when personal injury lawyers agree to take on a case – whether it be following a car accident, medical malpractice incident, or some other injury – they’re often successful. There are a few reasons for this. 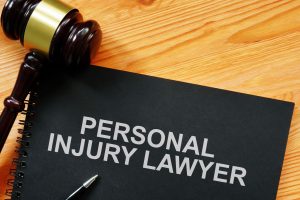 First off, not many cases actually go to trial. Of course, movies and television shows may make it appear as if courtroom trials are the norm. They are not. Trials are incredibly taxing – emotionally, financially, and time-wise. They’re also unpredictable, so they can be a risk for both sides. Almost everyone involved, at least at the outset, is usually committed to resolving the matter without going to trial. Sometimes, claims can be settled without even filing a lawsuit. However, a good injury lawyer won’t shy away from proceeding to trial if it’s your best bet. Still, it’s generally considered a last resort when fair resolution through skilled, determined negotiation has failed. (Failure of either side to accept a fair, pre-trial settlement offer from the other can actually have financial consequences, per Florida law.)

Secondly, while no attorney can promise you a favorable outcome, the contingency fee arrangement through which injury lawyers are paid allows you to have greater confidence in the strength of your case. As outlined in F.S. 16.0155, contingency fee arrangements mean that the plaintiff’s attorney is not paid their attorney’s fees unless and until you win. If you are successful, your attorney’s fees are deducted as a pre-agreed-upon portion from the overall damages awarded in a final settlement or verdict.

To be blunt about it, Florida injury lawyers are not likely to take on cases with very long odds of actually winning. But this ends up having several key benefits for injury case claimants.

From the very beginning, plaintiffs get a straightforward take from an experienced legal professional of how strong their case is and about how much it’s worth. Further, a person who’s got a solid case won’t be held back just because they can’t pay an attorney’s fees upfront. Insurance companies have deep pockets, and can afford to drag cases on almost indefinitely. The contingency fee arrangement ensures you aren’t hemorrhaging cash while you’re fighting for a fair outcome. In some cases – particularly when insurers aren’t playing fair – courts can even order the defense to pay a plaintiff’s attorney’s fees when all is said and done.

Finally, tort law (the area under which personal injury cases fall), is a unique area of practice that can be tough for an attorney to make a living at unless they are sharp and fairly skilled. So the South Florida personal injury law firms that have been around a while – particularly if they have a track record of prior successes – are usually pretty good at what they do. They’re less likely to lose. It’s important if you’re considering hiring an attorney to carefully look over their reviews and case history, as well as experience handling the specific type of case that you’re bringing to them. Certain categories of of injury cases (medical malpractice, sexual assault, product liability, etc.) tend to be more complicated than a typical fender-bender. You want a strong communicator who is not only well-prepared with adequate resources, but who knows what they’re doing (with the results to prove it) and is committed to fighting for you.