Florida personal injury lawsuits are efforts to compel a negligent party (defendant) to pay monetary compensation for causing some preventable harm to the person who was hurt (plaintiff). There are, however, a number of legal defenses that can be raised to either prevent the defendant from being found legally responsible (liable) or reduce the amount of money they have to pay. One example is called the “alcohol defense.” It was recently raised in the case of Mainstreet Entertainment Inc. v. Guardianship of Jacquelyn Faircloth before Florida’s 1st District Court of Appeal. The court tossed a $28 million+ verdict against two bars because the lower court improperly prohibited one of them from asserting the alcohol defense. 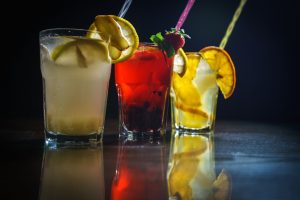 As West Palm Beach injury lawyers can explain, the alcohol defense is outlined in F.S. 768.36. It states that in civil actions, a plaintiff can’t recover for any damages for loss or injury if the court finds that at the time the plaintiff was injured:

This is especially noteworthy in Florida because our courts otherwise abide by a system of pure comparative fault, per F.S. 768.81. What that means is a plaintiff’s financial damages will be reduced by whatever percentage of the fault they shared – up to 99 percent. So if you’re 75 percent liable, you can still collect damages for the other 25 percent that is someone else’s fault. Many other states won’t let a person recover any damages at all if they are more than 49-51 percent liable for their own injuries. A few states won’t let you recover anything at all if you are even 1 percent at-fault. In Florida, you can theoretically be 99 percent at-fault and still recover on that 1 percent of damages (though that scenario isn’t ideal).

The alcohol defense, however, can eliminate your right to compensation entirely if you 51 percent or more at-fault for what happened because of alcohol or drug intoxication.

So that brings us to the Mainstreet Entertainment case. This was a drunk driving tragedy involving two young people – one a pedestrian and one behind the wheel – both allegedly intoxicated. The question was apportionment of liability.

According to court records, the driver, who was 20, had been served alcohol at a local bar in Tallahassee, despite being underage. He worked there and received half off drinks. The pedestrian, an 18-year-old college student, had also been served drinks at a different local bar, despite the fact that she too was underage. Evidence showed the pedestrian suffered catastrophic injuries when she was crossing the street at 2 a.m. and struck by a pickup truck driven by the 20-year-old, speeding at 55 miles-per-hour in a 30-mile-per-hour zone.

We should note that bars and other alcohol vendors can only be held liable for injuries resulting from their customers’ intoxication in limited circumstances. Florida’s dram shop law, F.S. 768.125, only allows those who furnish or sell alcohol to a person to be held liable when the alcohol was:

Most Florida dram shop liability cases, like the Mainstreet Entertainment matter, involve service of alcohol to minors. Here, the pedestrian’s parents, as her guardians, sued the bars that served both their daughter and the truck driver. The bar that served their daughter failed to respond to the litigation, and the court entered a default judgment, reserving the question of damages for later. The case against the other bar that served the driver went to trial. The court entered a final judgment for $28.6 million. Both bars were found jointly and severally liable, which means they were both are found equally responsible. If one doesn’t pay, the other can be compelled to pay the full sum.

After trial, the bar that served the driver appealed, arguing that it should have been allowed to assert the alcohol defense. The appellate court agreed. The trial court had not allowed the defense, concluding the dram shop violation to be an intentional tort because of the statutory language that includes the words “willfully and unlawfully.” In its reversal, the appellate court held that dram shop law violations are not intentional torts, but rather derivative claims stemming from the intoxicated person’s negligence. The court found the bar was entitled to compare its own fault to that of the other bar (whose fault was derived from the pedestrian’s percentage of fault) and, if circumstances permitted, to that of the pedestrian herself.

This does not mean the plaintiff has no case or cannot recover damages. In fact, in our opinion – based on the facts we know – the case is still fairly strong, especially because it involves the unique situation of two separate bars serving two separate minors, one on either side of the case. That said, the bar that served the underage driver may be able to reduce its degree of liability to some extent if it can successfully argue the alcohol defense. Still, the appellate court felt even that wasn’t a given. “… It’s unclear to us that (the bar that served the driver) would have actually benefitted from the alcohol defense, regardless of the trial court’s incorrect reason for denying it… To the extent that (the pedestrian’s injuries were) the result of her own intoxication caused by (the other bar) serving her alcohol, she was not ‘at fault’ for such harm. (The other bar) was.”

In this situation, her fault would be attributed to the bar that served her because it is derivatively liable. That means that the alcohol defense won’t disallow recovery from the bar that served the driver – even if the pedestrian was more than 50 percent liable for her own injuries.

It’s worth noting that there was a lengthy and compelling dissent written by one of the 1st DCA justices. He argued that Florida’s long-standing criminal statutes against intentional excessive service of alcohol to minors is bookended by civil tort actions under the dram shop law, allowing vendors who willfully and unlawfully serve minors to be held liable. He argued the trial court properly denied the bar’s attempt to lessen its fault for willful wrongdoing that caused catastrophic harm, and that the verdict should stand. The majority ruling here represents the opinion of just one of Florida’s appellate courts. There are five total. If other districts reach different conclusions, it’s possible the Florida Supreme Court could be asked to resolve the varying interpretations.

This case is a good example of how a Florida drunk driving personal injury lawsuit can quickly get complicated, and why it’s imperative victims hire a battle-tested injury law firm from the start.