It’s the most wonderful time of the year, but it doesn’t stay that way for long when drunk drivers hit the streets of South Florida over the end-of-year holidays. An although it’s been said many times, many ways, “Stay Sober, or Get Pulled Over.”

Miami drunk driving injury attorneys know no matter how many times motorists are warned, there will seemingly inevitably be drunk drivers out on New Year’s Eve and New Year’s Day. 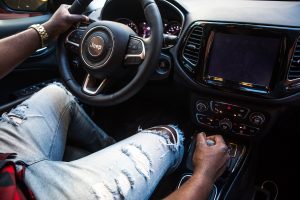 We have more drivers of all ages expected on the roads through the end-of-year festivities, with more than a few loaded up on liquid courage and ready to play Russian roulette with their lives on the way to their next destination. If only it was solely their own future with which they were gambling.

Some will become the last among an estimated 34,500 people to die on our roads in 2018. Others will be among the first of 2019. On any given day, seven people die in Florida drunk driving accidents, according to the Florida Highway Patrol. On New Year’s Eve and New Year’s Day, each have an average of 11 drunk driving deaths. (Keep in mind: That doesn’t include the serious injuries that result from these collision too.) The riskiest time on the road December 31st is 6 p.m. to 9 p.m. (when nearly 44 percent of that day’s crashes occur) and on January 1st between midnight and 3 a.m. Jan. 1st (when about 30 percent of the day’s fatal crashes occur).

On the bright side, it does appear appear some drivers are catching on, with Miami-Dade police reporting overall DUI arrests were down 65 percent last year compared to 2014, according to NBC-Miami. The previous running average was about 1,500 DUI arrests a year, last year it dropped to 600 arrests. In the City of Miami, DUI arrests are reportedly down 31 percent.

Some credit enhanced enforcement and public education. Others point to the increasing popularity of rideshare services, now widely available and affordable in most of Southeast Florida. While those ringing in new years of the past had to scramble for a ride (usually from slammed taxi services), Uber and Lyft have widened the pool of options. Both companies have heavily targeted party-goers in their marketing campaigns, and Uber specifically has been pairing with MADD to encourage people to call for a sober driver rather than take the risk behind the wheel.

To be considered a “drunk driver” in Florida, one must have a blood-alcohol concentration of 0.08 or else be impaired by drugs or alcohol to the extent their normal faculties and ability to safely operate a vehicle are impaired. That determination can be subjective from a criminal law standpoint, though in civil cases, such as those brought by victims of a drunk driving accident, the standard is preponderance of the evidence. Further, your Miami injury attorney won’t necessarily need to prove the defendant driver was drunk, but rather that he or she was negligent.

If you are one of those injured in a serious crash in South Florida caused by a drunk driver, a Miami drunk driving accident attorney can discuss the specifics of your case and its potential value.

Generally speaking, there are a number of individuals and entities who could be named as defendants in a Florida drunk driving crash. Depending on the facts, it may be possible to pursue damages from:

These are just a few of the claims that may apply, but it will depend on the individual facts of each case.

We wish everyone a Happy Holidays and a wonderful, safe 2019!

How dangerous is driving on New Year’s in Florida? Dec. 26, 2017, By Langston Taylor, Tampa Bay Times