Neglect of an elder dependent is a crime in Florida  – a very serious one if it results in severe injury or death. However, as detailed recently in an enterprise investigation by USA TODAY NETWORK – FLORIDA, the odds of prosecution or even arrest for neglectful nursing home caregivers are slim.  In fact, none of the nursing home deaths state regulators attributed to caregiver neglect resulted in arrest or prosecution. Further, at least one state attorney curiously cited the option of a Florida nursing home wrongful death lawsuit as being the more “suitable” remedy in these cases – even as neglectful caregivers accused of similar acts in other states with comparable criminal laws on the books routinely face felony charges. 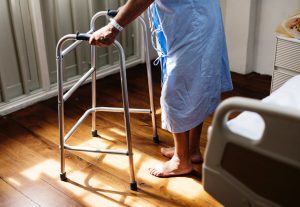 As long-time West Palm Beach nursing home neglect attorneys helping survivors and family members pursue civil injury and wrongful death claims, the report isn’t especially shocking nor does it directly impact our cases. Lack of accountability, though, could mean residents in Florida nursing homes are at higher risk of neglect and abuse.

Journalists across the state scoured records of all 54 nursing home patient deaths from 2013 through 2017 that were red-flagged by the Florida Department of Children and Families as resulting from caregiver neglect, abuse or failed oversight. Not a single person was prosecuted in any of those deaths. Even when police recommended caregivers face felony charges like criminal neglect and manslaughter, prosecutors declined.

One case involved a 75-year-old dementia patient – unable to walk or speak. She ultimately died of complications after at least 16 hours of delayed treatment of two broken legs, an injury that occurred when a pair of nursing assistants dropped her while moving her to bed. Instead of reporting the incident, they covered it up. The woman, 75, with dementia that rendered her unable to talk, and relying on a wheelchair, suffered in silence – first in her bed and then in the morning, when she was dressed and placed in her wheelchair by those same two workers – who still said nothing. Another staffer noticed something was wrong well into the next day. The fresh fractures – five of six of her leg bones – weren’t discovered until she was seen by a hospital physician. She died a month later. DCF concluded neglect and inadequate supervision were causes of her death. One of the staffers later admitted what happened.

The prosecutor told USA TODAY he declined to pursue charges against the staffers for criminal neglect and manslaughter (as police recommended), saying the medical examiner’s “accidental death” finding would make it tough to get a conviction. However, the chair of the Florida Medical Examiner’s Commission – himself the chief medical examiner in one of Florida’s judicial circuits – called this a “cop-out,” pointing to criminal charges in car crash deaths – also listed as “accidental” by ME’s and frequently resulting in convictions.

Florida legal scholars do point out some of the challenges that can arise in criminal cases involving nursing home deaths. It can be tougher to convince jurors the cause of death was neglect and not simply advanced age. (Of course, as noted not just by our West Palm Beach nursing home neglect attorneys but also numerous medical professionals, falls aren’t a “normal part of aging.”)

There is also nothing in civil law that would prevent a prosecutor from pursuing a criminal case if adequate evidence existed to do so. Criminal charges can help bolster a civil case in some instances, but the two legal proceedings are entirely separate, each having different purposes (compensation for victim losses versus penalization for breaking the law) and neither having any direct bearing on the other. It is true that criminal convictions require a higher proof burden than required for civil cases – guilt beyond a reasonable doubt versus liability by preponderance of the evidence. However, one would be hard-pressed to explain how the availability of a civil remedy would factor into a prosecutor’s decision.

Several Florida prosecutors interviewed for the story pointed again and again to the “proof beyond a reasonable doubt” standard. Yet reporters aptly noted this same high standard applies to criminal cases in every other state – yet that hasn’t stopped prosecutors in Georgia, Illinois, Pennsylvania and Oklahoma from filing criminal charges in nursing home deaths. Defendants, similarly situated to those in the Florida nursing home death cases, are charged with offenses like elder neglect, involuntary manslaughter and even murder.

Meanwhile, civil wrongful death lawsuits are proceeding in several of those cases too.

If you suspect nursing home neglect or abuse was responsible for serious injury or wrongful death of your loved one, call us today to learn more about your legal options.