Your Florida injury lawsuit is over. The judge has made a final ruling. Whether you won or lost, there is still something that needs to be resolved: Taxation of costs. 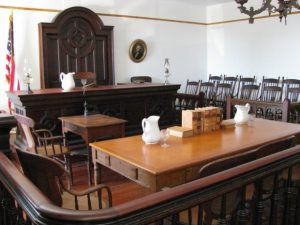 But what are costs in a tort case? What costs are taxable? Which are considered non-taxable costs?

It’s important to point out that “taxes” in this case aren’t referring to a cut owed to the Internal Revenue Service. The question is whether the losing party can be “taxed” for certain costs associated with the litigation process incurred by the prevailing party.

For example, expert witness fees – paid to an expert witness for their services before or during trial – can be either a taxable or non-taxable cost (depending on a host of factors). These have to be paid whether you win or lose. If you win and the court decides that cost is taxable, the defendant pays.

Despite some clear lines drawn in both case law and statute, the question of taxable/non-taxable costs – and whether a person should have them covered – can still be a matter of sharp dispute.

Recently, the Alaska Supreme Court in King v. State Farm Mut. Ins. Co. was asked to settle an argument over whether a plaintiff who won her drunk driving injury lawsuit was entitled to certain taxable costs. The court ruled some couldn’t be collected because plaintiff didn’t timely file the request, but the lower court had erred in denying her others.

What are “Costs” in a Personal Injury Lawsuit?

If you’re considering filing a personal injury or wrongful death lawsuit, the injury lawyer you choose will take on the case under a contingency fee arrangement. That means you don’t pay your attorney’s fees unless you win and get compensation. Then, your attorney fees are paid from your winnings. The idea is courts don’t want to close people off from filing legitimate personal injury claims just because they don’t have the money to hire an attorney upfront.

But that’s not the only “cost” associated with filing and pursuing a civil lawsuit. In the context of a personal injury lawsuit, these other costs can include:

Court costs are the expense of filing the complaint, typically a few hundred dollars. This covers the daily stipend for jurors (if the case goes to jury), service of complaint and summons on the defendant the salary of a court reporter to transcribe the events. The going rate is about $2-$4/page for court transcribing (varying by jurisdiction and experience), so just one court appearance can easily rack up about $400 in court reporter costs.

Expert witness fees, though, are probably the second-highest cost aside from attorney fees – and these you do have to pay whether you win or lose. Your West Palm Beach personal injury attorney should be discerning about whether to bring an expert witness aboard – knowing they can cost a few hundred dollars an hour to lend their expertise.

However, for some case, there is no getting around these expenses. For example in a Florida medical malpractice lawsuit, you’ve got no choice but to hire at least one expert witness early on just to establish that you’ve got sufficient grounds to file the claim in the first place. Most injury lawsuits that actually go to trial (a small percentage of the total, as most are settled pre-trial) benefit from at least one expert witness. However, some cases may require numerous expert witnesses, which is why they’re really only brought on in cases of serious personal injury or wrongful death, where the potential damage award is significant.

Administrative costs, deposition costs and costs associated with investigating the claim are also common. This is where you really need to trust the personal injury attorney you hire so you can be sure you aren’t racking up costs for services that aren’t truly necessary to win your case.

Moving for Taxation of Costs

It’s only been in the last two or three decades that it’s become common to file motion for taxation of costs, but its now commonplace. Allowable under Rule 54. Judgment; Costs, the prevailing party can seek recovery of some of these costs from the losing side.

More than likely, the losing party will want to oppose a motion for taxation of costs, but

The non-prevailing party will more than likely oppose the taxation motion, but normally, if you are the prevailing party and your costs are not unreasonable, the Clerk of Court will award them. Attorneys seeking to recover costs in state court matters should check the local rules in your jurisdiction about what costs are recoverable.

In the King case, plaintiff was injured by a drunk driver who didn’t have enough insurance to cover her injuries. She sought underinsured motorist coverage from her own auto insurer, which disputed the value of the claim/amount of recovery plaintiff sought. Defendant offered to settle for $20,000, but the plaintiff rejected that offer, the case went to trial and jurors awarded $410,000 in damages. However, rather than award $410,000, the district court decided plaintiff should only receive the policy limit – $50,000.

On top of that, the district court did award $20,000 in attorney fees (typically decided separately from “costs”) pursuant to her 40 percent contingency fee agreement, but denied her claim to recover litigation expenses and costs – more than $118,000 – because the request wasn’t filed within five days of the verdict, as required by statute.

Although the court did find note the plaintiff didn’t file the claim for costs within the strict, prescribed time, it noted the exception under the so-called “American Rule,” which holds that anytime an insurer forces one of its insureds to assume the burden of litigating a case, it’s up to the insured to cover those costs.