Do-it-yourself projects and repairs are common when you have the basic skills and would rather not pay a professional service fee. Still, very few of us have all the equipment and tools we need to get every job done. But some of these tools are expensive, and you don’t need them but maybe a few times. This is why many home improvement stores (Home Depot, Lowe’s Home Improvement, U-Haul, etc.) here in West Palm Beach offer tool and equipment rentals. 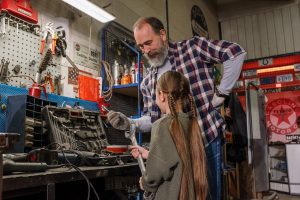 Consumers rely on these companies to provide them with tools and machines that are safe for use. If those products prove defective, the consequences can be serious, including broken bones, abrasions, lacerations, spinal cord injuries, electrocution, head injuries, amputation, etc. In these instances, it may be possible for the injured to hold the rental store as well as the product manufacturer liable for those damages.

In such circumstances, it is imperative to speak with a Florida personal injury lawyer to weigh your legal options.

Recently, a federal appeals court ruled that a broad liability release in a rental agreement signed by a Home Depot customer doesn’t make the store immune from claims that a defective machine rental cost a man his finger.

The case, Horne v. Electric Eel Manufacturing Company Inc., et al., started in 2017 with a clogged main sewer drain at the plaintiff’s home. To address the problem, he decided to rent a tool called an electric rodder, which is a type of hose used to clear drain lines. It was a tool he had rented several times from the same store without issue. The employee chose the tool and showed it to the customer, who signed a rental contract.

When the machine works properly, the person operating it presses down on the foot pedal to start the motor, causing the cable to rotate. Let up on the pedal, and the motor stops. Days before plaintiff rented this machine, a hardware store employee determined the foot pedal was defective and “leaking air.” The employee reportedly fixed the issue by replacing the foot pedal. Plaintiff said this machine was different from those he’d rented from the store before in that it was “kind of raggedy,” with visible rust and peeling paint. He didn’t complain about it though because he assumed if the employee picked it out, it was safe to use.

After reading the manual, he positioned the machine near the outdoor drain, lowered it manually, extended it in both directions and then began to press the pedal. When it reached about 9 feet in, a friend who was at his home at the time noticed a kink in the cable. Fearing it might crack the pipe, he decided to remove the machine from the drain. But the reverse didn’t work. He decided to pull it up manually to  take it back to the hardware store and get a machine that worked correctly. As his friends watched, he tugged at the cable with both hands using very little force. He and witnesses said the cable immediately wrapped around his right arm and hand and he was flipped to the ground. The machine flipped over too. His right hand was badly injured. The wound he suffered ultimately became gangrenous and his right index finger had to be amputated.

He sued both the hardware store and the product manufacturer in a state court, alleging negligence, breach of warranty and strict liability for a defective and dangerous product. The case was ultimately removed to federal court, where defendants moved for summary judgment. The judge decided in favor of both defendants, finding the rental contract released the hardware store from liability and plaintiff failed to prove his claims of strict liability against the manufacturer because he failed to produce an expert or other evidence indicating the design or manufacturing defect. He also failed to raise a material issue of fact as to the condition of the machine when it left the control of the manufacturer.

The plaintiff appealed, and the matter was weighed by the U.S. Court of Appeals for the Seventh Circuit, which reversed in part as it related to the hardware store (but not the manufacturer). He alleged the district court erred in favoring the hardware store because the waiver of liability wasn’t enforceable because the store materially breached the contract by providing him a machine that wasn’t in good working condition – despite its express promise to do so in the contract. The fact that the condition of the machine was in conflict should have in itself precluded a summary judgment, he argued.

There was a lot of analysis by the appellate court in this 55-page opinion, but the bottom line was that there were several conflicting provisions in the rental agreement. Further, the contract indicated the plaintiff would assume the risk of operating a machine that was in good working order. He did not assume the risks of operating a machine with basic functional flaws. The court ruled the plaintiff had evidence that three separate features of the machine were defective and a jury could reasonably find those defects caused his injuries. Thus, he’s entitled to continue pursuing his personal case against the hardware store.

Although the 7th Circuit doesn’t have direct jurisdiction in Florida matters, federal appellate rulings hold a great deal of weight. Other jurisdictions will look to their sister courts’ conclusions when facing similar legal challenges.

If you are injured by a rental tool that was defective, our South Florida injury attorneys can help you explore your legal options.