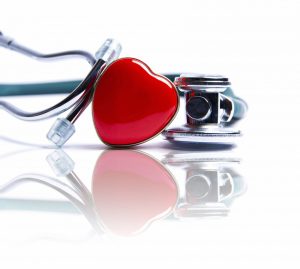 It’s important if one has any suspicion a loved one may have suffered severe injury or death as a result of a medication error to discuss these concerns with an experienced medical malpractice lawyer in South Florida.

According to The Palm Beach Post, the former chief of cardiovascular surgery was at the hospital undergoing a “routine” back surgery, his third. The surgery itself, according to his daughters (one his court-appointed guardian). However, as shown in medical records, the following day he was in agonizing pain. His chart shows that he is “opioid naive,” meaning he had a very low tolerance for narcotic drugs. Despite this, the physician overseeing his care ordered a high dose of a powerful painkiller, Dilaudid (eight times more powerful than morphine), be given him through intravenous pump. Minutes later, he stopped breathing. His daughters, citing the medical records, say doctors waited a full 15 minutes before giving him Narcane, which reverses the effects of Dilaudid. By that time, according to the lawsuit, he’d suffered cardiac arrest and a brain injury that left him in a coma. he spent a month in a Miami hospital, then was transferred to a medical facility in Boston, then another in Houston with one of the best brain injury programs in the nation. He is now breathing on his own and sometimes responds to his children. However, he still cannot walk or talk.

His family told the Post that while he knew all the surgeons and physicians at the University of Miami Hospital, he chose instead to have his own surgeries at JFK, where he’d worked at since 1987 and what he referred to as “my hospital.” And yet, the hospital has refused to pay or help offset the medical expenses he has incurred in the incident. This, his daughters said, is why they are pursuing litigation on his behalf.

What our own Palm Beach medical malpractice lawyers think is important to note is that if the surgeon had died, there would have been no chance of recovering any damages. That’s because Florida medical malpractice law prohibits adult children who aren’t dependents from filing litigation to recover money if a parent dies as a result of medical malpractice. In this case, the doctor is divorced and had no minor children. Further, if this physician dies while the medical malpractice lawsuit is pending, the lawsuit would die with him. This is part of the reason the family is seeking an expedited trial date. Such claims can take up to two years. He’s asking it be taken to trial within one.

The hospital has released a statement vehemently denying the allegations brought in this case.