It was reported recently that a group of child abuse victims are suing their ex-foster parents as well as the state’s child welfare system for more than $25 million. The foster parents were reportedly in the process of adopting several of the children, who were placed with them in Alabama, when they moved to South Florida. The couple was charged with multiple counts of child abuse, sexual abuse, rape, human trafficking, sexual torture and other sexual crimes. The man pleaded guilty and was sentenced to 25 years in prison. The woman is awaiting trial. 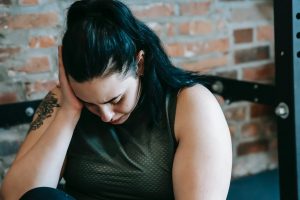 The civil lawsuit is against the state’s Department of Human Resources as well as their former foster parents. Plaintiffs say the agency and its employees received complaints about alleged abuse and neglect, but failed to act, resulting in ongoing sexual assaults, physical pain and suffering and emotional trauma. A sexual assault attorney for the victims told reporters he wants to ensure this doesn’t happen to anyone else. Part of what plaintiffs are seeking is reform of the child welfare system.

Some of the elements we’ll look at are:

Courts consider child custody a liberty interest. Under the 14th amendment, no person is to be deprived of life, liberty, or property without due process of law. If a child is removed from their home, they have a right to due process before, during and after that placement.

In cases like these, victims can file claims against their abusers and sometimes against the individual caseworkers. However, neither caseworkers nor abusers typically have any money to pay out a claim even if you win. That’s why claims are usually filed against the state agency that was responsible. But generally in those cases, we need to show the wrong occurred because of decisions or lack of oversight by higher-ups or was part of a practice or policy of the organization.

State and county child welfare organizations have been successfully sued in the past by victims of sexual abuse, physical abuse and neglect.

Last year, San Diego County settled a $1.8 million lawsuit filed by the parents of four kids removed from their home on suspicion of abuse who then reportedly underwent invasive medical exams. According to the San Diego Tribune, the county had paid nearly $8.5 million in settlements over five years in half a dozen cases, most due to allegations of invasive medical examinations conducted without the knowledge or consent of parents or a court order.

In Washington state over the last eight years, the Department of Social and Health Services (DSHS) has been hit with numerous personal injury claims, ultimately paying $1.66 million to children who were sexually assaulted, starved or even tortured. Some of those cases went to trial, but The Seattle Times reported many cases were settled before trial, with amounts ranging from $750,000 to $11 million per case.

Last year, Kansas officials and attorneys advocating on behalf of 7,000 children in the state’s foster care system agreed to settle a class action litigation that in part compensated victims and in part aimed at transforming a system child advocates referred to as “overburdened, mismanaged and dangerous” to children.

These are just a few examples, but the point is: State and local child welfare agencies have a legal responsibility to children over whom they have assumed custody. When they fail in their responsibilities and children are victimized as a result, our sexual assault attorneys can work to help hold them accountable and obtain just compensation for victims.

Contact the South Florida sexual assault attorneys at Halberg & Fogg PLLC by calling toll-free at 1-877-425-2374. Serving West Palm Beach, Miami, Tampa, Orlando and Fort Myers/ Naples. There is no fee unless you win.