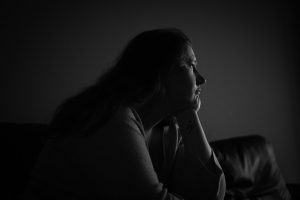 One such case recently reported on by The Tampa Bay Times stemmed from a 2018 incident in which a 19-year-old woman was admitted involuntarily to a local hospital under the state’s Baker Act. Because there was concern she might harm herself, her family was not permitted to see her and she was assigned one-one-one mental health evaluation and care. According to the recently-filed Florida sexual abuse lawsuit, that employee sexually groomed and abused the patient over a five-day period. The employee was later fired, arrested and convicted of sexual misconduct. He was sentenced to six years of probation and required to register as a sex offender. Now, both he and his former employer are being sued.

As the third-party defendant in the case, the hospital is accused of negligence, premises liability and a provision of state law that protects vulnerable adults. The defendant is being sued on the same grounds, plus civil assault, battery and sexual misconduct. Plaintiff says the hospital knew or should have known the patient lacked any capacity to consent and that its employee was dangerous because he’d reportedly had a history of prior incidents. Furthermore, the hospital is accused of failing to put protocols in place to red flag or stop the employee’s behavior.

In other types of civil liability lawsuits, employers can be held vicariously liable for the negligent acts of employees acting in the course and scope of employment. Vicarious liability (under the doctrine of respondeat superior) means “let the master answer” for the torts of their employees when they’re on-the-job. As our Florida sexual abuse attorneys can explain, this matters because allowing for vicarious liability would allow plaintiffs to sidestep the question of the third-party defendant’s own wrongdoing. However, when it comes to sexual abuse and exploitation cases, tort law doesn’t offer any clear answers.

That means survivors of sexual abuse can generally expect that in situations where the perpetrator was on-the-job, they will still likely need to establish the employer’s negligence as well. This is usually done by showing:

If you have been sexually abused by someone in a position of trust, our dedicated team of South Florida civil injury attorneys will help you weigh your legal options for pursuing justice.