Schools are supposed to be safe places. But childhood sexual abuse has long been a scourge, and nowhere is fully protected. Data released last year by the U.S. Department of Education revealed sexual violence at K-12 schools rose by about 50 percent in a single recent school year, from 9,600 in 2015-2016 to 15,000 in 2017-2018. 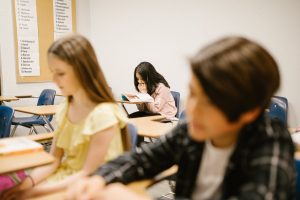 While discourse around sexual assault in the education world has historically revolved around college campuses (where 1 in 5 women report experiencing sexual violence), our South Florida sexual abuse attorneys know the problem isn’t confined to those locations, or even to older students.

Exacerbating the problem is that administrators in K-12 schools are more likely to be unprepared or unaware of their duties under state and federal law when it comes to handling allegations of sexual assault. Students may not know who to tell and some have even been punished for coming forward.

If your child has suffered sexual abuse at school in Florida, it’s important to understand that it’s not just a criminal investigation that will ensue, but that you can often pursue civil penalties as well. For example, virtually all courts recognize that a child abuse reporting statute (in Florida, F.S. 39.201) establishes a duty to children, the breach of which can be the basis for a civil lawsuit for damages. So if a school employee learns of abuse and fails to alert proper authorities, the school district and the staffer can be held liable in civil court.

In 1999, the U.S. Supreme Court held that public school districts – no matter what state they’re in – can be liable for financial damages under Title IX if students who are sexually harassed or assaulted by their classmates meet certain legal criteria. Plaintiffs in these cases are required to show school officials who had the authority to intervene acted with deliberate indifference when they were aware of sexual harassment. They must also show that such harassment was objectively offensive, pervasive and severe to the point it prohibited their ability to receive an education.

This is not to say winning sexual assault claims against Florida schools is easy. In fact, some of the legal barriers can be significant, including caps on damages and substantial proof burdens to establish misconduct.

Even when battles are won, they can sometimes take a long time. As reported by the Associated Press, the mother of a Miami second-grader filed a lawsuit after she said she spent months begging school administrators to protect her son from sexual abuse by an older boy at his charter school. The 7-year-old victim ultimately tried to kill himself by walking into traffic. Years later, he said he still suffered nightmares. The family did ultimately win their case, but it took three years of litigation.

The jury in that case awarded the family $5.25 million, which is believed to be the largest in Florida in a student-on-student sexual abuse case. Although the state has a $200,000 damage cap on lawsuits against schools, the family successfully argued those rules didn’t apply because this was a charter school, managed by a private company. The school did appeal the damage award, and the case was later settled for an undisclosed sum.

School districts can often avoid liability under Title IX, however, if they can show that upon receiving notification of the incident, the school/employee didn’t act with deliberate indifference – even if the actions they did take were ineffective. If the case is pursued under a claim of general negligence, school districts can defend such cases by showing that the actions of the school employee weren’t a substantial factor in causing the injury.

Even when schools agree to settlements, they often come with the cost of silence in the form of confidentiality agreements. This leaves the public in the dark about possible dangers and can make it difficult for future victims to establish patterns.

At least Florida does not grant absolute immunity from state lawsuits in court, as is the case in Virginia and Georgia. In other states, like Illinois, families are required to show the school committed willful and wanton misconduct, a much higher standard than negligence.

Cases pursued in federal court have the advantage of being removed from the community where the victim lives, and where pressure to keep quiet can be intense.

In the face of these challenges, many families are driven by the desire to compel meaningful changes, and to ensure no other student is subjected to violence.

Our South Florida sexual abuse attorneys are committed to providing families with a straightforward assessment as to the viability of their case and the potential hurdles they may face. We are also dedicated to fighting doggedly for the rights and best interests of our clients, as well as for accountability and justice in the civil system.