As West Palm Beach sexual assault lawyers can explain, many civil sexual abuse cases are filed against employers because predators too often gain access to victims while acting in their professional capacity. Claims of negligent hiring stem from Florida courts’ recognition that employers can be held liable for their employees’ willful negligence or even criminal misconduct (including sexual assault) if the employer knew or should have known prior to hiring that the worker posed a possible threat to the public. 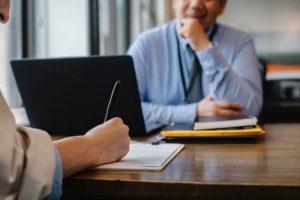 When a company fails to properly vet its employees, this can be a breach of the duty of reasonable care owed to customers, clients, visitors, patients, students, etc. Thorough background checks may be especially important when the job is one of significant trust or involves serving vulnerable populations. Examples may include (but aren’t limited to):

A claim of negligent hiring asserts employer liability for failure to exercise due diligence in hiring someone, who in turn goes on to injure someone in the course of their employment. This sort of claim isn’t limited to sexual assault cases. For example, a trucking company that fails to check truckers’ past driving records could be fairly accused of negligent hiring if a driver with a spotty driving history later causes a serious crash.

Related torts include negligent retention (employer was negligent in continuing to employ the person) and negligent supervision (employer failed to adequately supervise employee). For each, plaintiffs must prove that the employer’s lapse proximately caused the plaintiff’s injury. Negligent security is another possibly related tort. Negligent security is when abuse or assault occurs on the premises of a property owner/manager that failed to provide an adequate level of security.

Example of Florida Negligent Hiring in a Sexual Assault Case

A claim of negligent hiring was made recently against a hospital and the ambulance service with which it contracts in a case involving a paramedic accused of sexually assaulting patients during ambulance transport.

The Tallahassee Democrat reported the paramedic had been accused of similar offenses in Michigan. In fact, when he was hired in 2018 by the Florida ambulance service, he was on disciplinary suspension from his job in Michigan for allegations of sexual misconduct at work. When he was arrested in Florida on four counts of lewd lascivious conduct against an elderly or disabled person, he reportedly had an active warrant out of Michigan for sexual assault. Criminal charges pending against him in a second Florida sexual assault case were dropped after the plaintiff died last year. In the surviving victim’s Florida sexual assault lawsuit against the hospital, plaintiff alleges the health care provider failed to conduct a proper background check before hiring him.

If it is decided by the court that an employer or property owner had a legal responsibility to protect other workers, visitors or the general public, the question is then whether there were enough processes and security measures in place to do that adequately. The answer is going to depend on the specific circumstances.

With a negligent hiring case, the court may look carefully at the amount of public trust placed in someone of that standing and what the employer knew or should have known about that person’s history before hiring them.

If you have been sexually assaulted or abused by someone who was acting in the course and scope of employment at the time of the incident, you may have grounds to file a claim against that person’s employer. Our West Palm Beach civil trial lawyers can help answer your questions in a free initial consultation.