Florida medical malpractice appeals attorneys recognize that cases aren’t necessarily over just because the trial is. Even with cases that end in pre-trial settlement, that may not always be the last word. 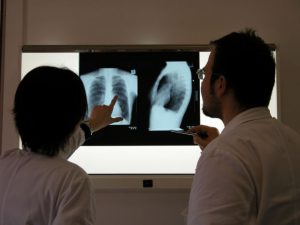 Although no one on our end is eager to drag matters on longer than necessary (we are paid on a contingency basis, not by the hour), we recognize the importance of appellate courts in ensuring accuracy in the trial courts. Very few cases ever make it to the Florida Supreme Court or the U.S. Supreme Court. Appeals courts do not hear your medical malpractice case all over again, but rather review the issues raised by one or both parties to be sure all laws and legal procedures were fairly applied by the trial court.

Important to note: If your attorney failed to raise important points of contention first to the trial court, the opportunity to present it on appeal may be lost. That’s why carefully choosing an experienced medical malpractice legal team is important.

Medical malpractice cases especially more complex than the average tort, require expert witnesses and extensive time commitment and involvement from everyone. It is often worthwhile to eventually hold negligent doctors, nurses, pharmacists, surgeons and others accountable for failure to follow the baseline reasonable standard of care one expects of someone in their profession.

But because such claims aren’t just about insurance premiums but a defendant’s career standing on the line, many aren’t content to pay up and move on if they lose. Lots of these cases are appealed.

Outcomes in appellate courts can include:

Justices with Florida’s 4th District Court of Appeal overturned a $15.5 million verdict favoring an amputee in a medical malpractice lawsuit, finding the lower court failed to give proper jury instruction on informed patient consent. The appellate court remanded Sherrer v. Hollingsworth back to the lower court for a new trial.

A new trial is something most appellate courts try to avoid if possible, especially if there is a more efficient way to remedy the error that prejudiced one side or another.

Here, plaintiff filed a South Florida medical malpractice lawsuit against her doctor, alleging the physician failed to provide proper treatment of a condition called necrotizing vasculitis. It involves blood vessel walls that are inflamed. Plaintiff argued that because she wasn’t given the proper medication or transferred to another hospital, her limbs began to deteriorate and she developed a life-threatening bout of gangrene. Ultimately, physicians at a Miami hospital to which she was transferred had no choice but to amputate a part of her foot, as well as several fingers and toes.

The case went to trial and jurors found the doctor had been negligent in not adequately informing the patient about treatment with the medication.

The question before the appellate court pertained to informed consent as it was explained to jurors. The way the instruction was worded, it allowed jurors to deem the doctor negligent, even without finding that the decision to treat the patient with this particular medication was below the applicable standard of care – which, as our West Palm Beach medical malpractice attorneys can explain – is the proof burden in Florida medical malpractice litigation. The result was a potentially unfair outcome for the doctor, the court ruled. (The hospital was also named as a defendant in the case, but not found liable.)

This case could now go one of two ways: A new trial might be held or both parties might agree to spare the time and expense and reach a settlement.

Trusting your medical malpractice case to a skilled attorney is important because you may find you’ll need someone prepared for the long-haul fight.
Contact the South Florida personal injury attorneys at Halberg & Fogg PLLC by calling toll-free at 1-877-425-2374. Serving West Palm Beach, Miami, Tampa, Orlando and Fort Myers/ Naples. There is no fee unless you win.
Contact Us
Free Consultation 877-425-2374 No Fee Unless You Win