Electric scooters, or e-scooters, have become increasingly popular throughout South Florida, where they were legalized statewide by Gov. Ron DeSantis in 2019. They’re touted in college towns and cities as convenient, cost-effective, and clean. However, as the number of e-scooters has increased, so too have the number of crashes and accidents associated with them. 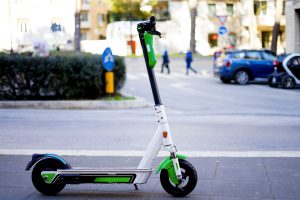 Data collected from U.S. emergency departments revealed there were nearly 40,000 people hurt nationally while riding e-scooters between 2014 and 2018. Those numbers have only grown along with the pervasiveness of e-scooters. The scooter injury rate in the U.S. rose from 6 per 100,000 to 19 per 100,000, with most injured being between the ages of 18 and 34. Stand up electric scooters have been associated with dozens of deaths over the last few years. The U.S. Consumer Product Safety Commission reports that emergency department visits from e-scooter injuries tripled between 2017 and 2020, the most common injury being to the upper and lower limbs, as well as the head and neck. In Los Angeles, the injury rate for e-scooters has surpassed that of motorcycles (though the injuries overall tend to be somewhat less severe).

Recently in Florida, a South Florida personal injury lawsuit against Bird Rides, an electric scooter rental company, was moved from the state circuit court in Broward County to the federal Florida Southern District Court, citing the foreign status of the company (headquartered in Delaware) and the amount of damages being sought (more than $75,000). Plaintiff in Bronson v. Bird Rides alleges he suffered severe injuries that are permanent or continuing in nature. We don’t know many further details about the alleged incident, other than that the injuries are alleged to have occurred when the plaintiff fell off the scooter he was riding in Palm Beach, and that he claims the injuries were caused by the scooter company’s negligence.

It may be some time before that case is either settled or goes to trial. In the meantime, numerous other e-scooter injury cases have garnered headlines. Among those:

In addition to e-scooters being problematic in cities throughout Florida and beyond, Disney has its share of e-scooter accidents as well. As reported by Florida Politics, the company has faced numerous claims related to e-scooter accidents. In December, a guest claimed she was struck from behind while waiting in line for a Beauty and the Beast attraction at Epcot. Her knee was dislocated, and she suffered an ankle injury.

Those who are injured in Broward e-scooter accidents may have several legal avenues from which to pursue financial compensation. These may include not only the company that rents the e-scooters, but any responsible for designing, building, and managing their use in a particular community. A city may be liable if poor road/sidewalk maintenance caused or contributed to the accident. And negligent operators – of scooters, cars, or other vehicles – may be held legally responsible for e-scooter accident injuries too. Talking to a South Florida personal injury lawyer will give you a better understanding of your rights under the law.