From the time they burst onto the traffic landscape, ride share services like Lyft and Uber have been touting their success in driving down the number of drunk drivers and making streets safer. However, Southeast Florida auto accident lawyers are aware of a growing body of evidence suggesting in fact the opposite may be true. 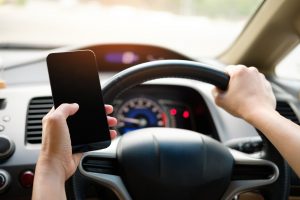 In cities throughout Florida – indeed, throughout the country – there is evidence that Uber and Lyft drivers create more danger in cities where they opposite – for a myriad of reasons.

Uber and Lyft accidents in Miami, Fort Lauderdale and West Palm Beach have been mounting, as too has litigation. Both companies offer a maximum $1 million of insurance for bodily injury liability and/or wrongful death caused by rideshare drivers.

Among the factors cited in Uber and Lyft accidents:

One study by Zendrive shows drivers are 10 percent more distracted now than they were last year. Another by the Insurance Institute for Highway Safety alleges nearly 60 percent of American drivers are regularly distracted by their smartphones while in the car in ways that are dangerous – too often deadly. Uber and Lyft drivers aren’t immune.  In fact, a recently-filed Southeast Florida lawsuit alleges a distracted Lyft driver caused a crash resulting in severe injuries to a pedestrian. She had just been leaving the hotel where she worked. Plaintiff accuses Lyft of negligence but also strict liability for manufacturing a tech product that is unreasonably dangerous because it encourages Lyft driver distraction by way of the fact it requires drivers to constantly engage with the app on the smartphone in order to secure rides for personal revenue.

Last year in one of those cities, a self-driving Uber SUV killed a 47-year-old pedestrian. An analysis of that Uber crash revealed the software used by the company didn’t recognize the pedestrian as a person crossing the street in enough time to hit the brakes. The “backup driver,” according to the Arizona Republic, didn’t react soon enough either. She’ was busy streaming a video on her phone. Investigators with the National Transportation Safety Board calculated that if she’d been paying attention to the road, the driver could have stopped some 43 feet before impact. Additionally, had Uber disabled the existing onboard safety features of the Volvo, the tech software would have been detected the pedestrian and stopped.

Experts say testing “self-driving” cars on an unwitting public is unethical and to dangerous to allow. The pedestrian’s family is now suing the city for dangerous road design that indicated crosswalk where there wasn’t one, which was another reason the Google Maps technology Uber relied on didn’t register the pedestrian.

The sheer number of them.

Rideshare companies may or may not decrease the risk of drunk driving deaths. But South Florida auto accident attorneys understand that figure may well be offset by the fact that we now have even more cars on the road than ever before. However, a recent study conducted by professors at the University and Rice University found ride share apps like Uber and Lyft are increasing accident rates and costing an estimated $10 billion in economic losses in annual fatalities. The danger is especially out-sized in large, already-congested cities like West Palm Beach, Miami and Fort Lauderdale.

Rideshare companies have taken issue with the results of analysis like these, but they are otherwise largely undisputed. There have also been reported issues with rider safety, with concern surging after the death of a South Carolina college student murdered after getting into a vehicle with a man she thought was her Uber driver. He was not. The companies have been criticized for other incidents in which riders suffered violence by verified drivers.

If you are injured in a West Palm Beach Lyft accident or Uber crash, our South Florida car accident attorneys can help you determine whether you have grounds to pursue a claim outside of Florida’s no fault insurance statutes.

Contact the South Florida Lyft accident attorneys at Halberg & Fogg PLLC by calling toll-free at 1-877-425-2374. Serving West Palm Beach, Miami, Tampa, Orlando and Fort Myers/ Naples. There is no fee unless you win.