In any Palm Beach County car accident lawsuit, there are several baseline criteria plaintiffs must meet to prevail. Minimally, they need evidence tending to show the other driver – who owed a duty of reasonable care to other road users – in some way breached this duty (either by violating traffic laws or making a judgment call a reasonable person in his/her same situation most likely would not). They must further show this breach of duty was the cause of the injuries they’re alleging. In some instances, that last part is pretty straightforward. The person wasn’t injured before the crash, now they are and the itemized list of those injuries is clearly documented in medical records and backed by witnesses. 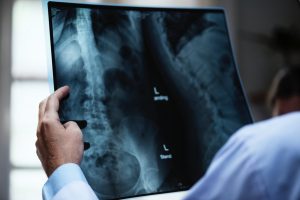 However, there are some  South Florida car accident cases wherein proving causation is much trickier. There can be disputes over whether defendant’s negligence actually caused the crash as well as whether the crash actually caused plaintiff’s injury. Insurers will seize on whatever excuse they can to dispute causation and avoid paying.

Unlike claims filed for medical malpractice in Florida, car accident lawsuits do not necessarily need an expert witness. They aren’t mandatory. However, your claim could fail without one unless the cause-and-effect are so immediate, direct and natural as to obviate the need for such testimony. It’s important to have an injury lawyer who understands when such witnesses are needed – and when they aren’t, as expert witnesses are an expense of some significance that plaintiffs will need to consider.

A recent car accident lawsuit out of South Dakota revealed why expert witnesses can be essential in these cases.

In Cooper v. Brownell et al, plaintiff was stopped at an intersection with a red light when he was struck by a car that had spun several times after being struck by another vehicle. Plaintiff said the impact was such that his head struck the side of the vehicle rendering him unconscious. He was transported via ambulance to the hospital, treated for four hours and released.

Soon thereafter, plaintiff sued both drivers of the other vehicles, alleging they were both negligent in causing his injuries. Defendants failed to properly respond, and plaintiff obtained a default judgment in excess of $400,000 against both, which included damages for past and future counseling and medical expenses and court costs. Defendants asked the court to set the default judgment aside – and further to grant THEM summary judgment, arguing plaintiff failed to prove his case because he had not presented expert witness testimony to prove the causal relationship between the crash and his injuries. The court granted both.

The state supreme court affirmed. In an 11-page ruling, the court stated, “From our review, the causal relationship between this accident and (plaintiff’s) claimed injuries cannot be determined by a jury absent expert witness testimony. In support of this assertion, the court noted the fact that plaintiff sought to recover damages for severe injuries to his head, neck, back, right foot, ankle and hip, both shoulders and knees. This was despite the relatively quick hospital visit and the fact that prior to this crash, he’d suffered unrelated injuries to those same body parts. There was a work-related injury 20 years earlier that had never properly healed, he’d undergone neck surgery, had a dozen MRIs in the six years leading up to the crash, suffered injuries in another accident, fallen twice and underwent two knee surgeries.

The court noted plaintiff could not rest on the allegations made in his complaint; he needed to show substantive proof of causation not just for the crash but for his stated injuries. Because he failed to respond to the defense motion for summary judgment with “specific facts showing a genuine issue for trial on the question of causation for his claimed injuries,” the court affirmed summary judgment in favor of the defendants.

Our team of experienced Palm Beach car accident lawyers is committed to helping you secure the compensation you deserve. We work with some of the most highly-respected and credible expert witnesses in the region, and glean their professional opinions to help our clients win their cases.