We know that successful medical malpractice lawsuits are first and foremost intended to compensate victims of careless doctors, hospitals, nursing homes and other health care providers. But the other function these claims serve is to alert both patients and state health officials to problematic trends with individual caregivers and facilities. 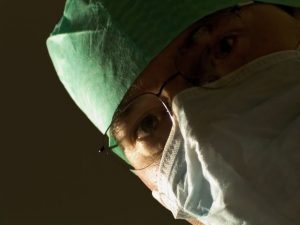 The National Practitioner Data Bank, which follows medical malpractice lawsuits against active practitioners and their outcomes, reports that between 2005 and 2014, only 1 percent of doctors were linked to one-third of all medical malpractice settlements. Further, the greater number of claims the physician settled, the much higher the chances were the doctor would pay another in the future. Doctors who had previously settled two malpractice cases were more than twice as likely to be involved in a third settlement, compared to those who had one previous settlement.

These findings make a recent report from South Florida’s The Sun-Sentinel all the more troubling. Reporters revealed that when medical malpractice lawsuits are settled or even decided in favor of the plaintiff in a jury trial, those doctors and facilities are rarely penalized by officials with the state’s Department of Health.

Journalists launched an investigation into the issue after identifying a case involving a surgeon in Margate who in the span of five years was sued five times – successfully – and paid out more than $3 million in damages. Patients alleged horrific and painful ordeals, ranging from accidental cutting of arteries to connecting a rectum to a reproductive organ. Despite all of this, the DOH never took any corrective action against the doctor.

It’s important to point out that the DOH is mandated by law to review each Florida medical malpractice lawsuit that is filed against a doctor to ascertain whether the doctor deserves some type of professional sanction. What the Sun-Sentinel found is those reviews only rare lead to any type of discipline. Of the almost 24,000 closed state and federal medical malpractice lawsuits against Florida doctors over the last decade, the DOH has only filed 128 disciplinary charges. That works out to about one-half of 1 percent.

The DOH’s requirement to review every completed lawsuit against Florida physicians began in the late 1980s. Prior to that, the state only launched an investigation when a doctor had three or more “significant” medical malpractice payouts over the course of five years. By requiring a review of every case, the theory was the state didn’t have to wait for a doctor to make the same mistakes over and over. They could identify serious problems before more patients got hurt.

But the measure doesn’t appear to have much muscle, as our West Palm Beach medical malpractice attorneys can attest it’s rare to hear from the DOH after a case is resolved. It’s not that the DOH doesn’t know about them, given that the law requires both insurers and doctors to report all closed malpractice cases to the Florida Office of Insurance Regulation – regardless of the outcome. That agency is then required to report these cases to the DOH.

An official with the health department told reporters the agency won’t move to take action against cases wherein the payout was less than $50,000 or where the case is too old to take any action. The minimum payout threshold would slash about 70 percent of resolved cases that would otherwise be reviewed over the last 10 years. But that would still leave almost 7,000 cases.

Part of the issue could be that settlements, while often advantageous to the plaintiff, can be an uphill battle for the health department because the doctors are usually not required to concede guilt or wrongdoing. Further, confidentiality clauses that come standard with such settlements could prohibit a patient talking about the case, even with state officials.

Although all of this can be very frustrating for patients and plaintiffs, the one bit of good news is that details of prior medical malpractice claims could come into play in your case, if there is evidence of a pattern of wrongful action by the doctor. It’s important as soon as you have an inkling that you might have been the victim of medical malpractice to reach out to an experienced injury attorney who can guide you through the process.