Active duty military members now have the right to sue for medical malpractice injuries after a December vote by Congress to enact a new provision to the National Defense Authorization Act. 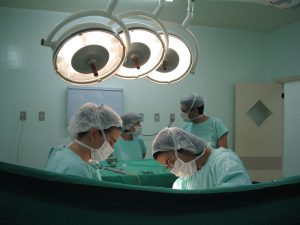 As our South Florida medical malpractice attorneys can explain, long-held legal precedent has been that service members are prohibited from suing the Armed Forces for negligence during active duty that resulted in injury. This principle has come to be called “the Feres Doctrine,” after a watershed 1950 U.S. Supreme Court ruling in Feres v. U.S. It’s been used to toss dozens of cases of serious medical malpractice injury suffered by service members – or discourage them from filing any claim altogether.

The soldier for whom the doctrine is named was a highly-decorated WWII veteran who parachuted into Normandy during D-Day. He prevailed through some of the worst fighting of the war – but died in barracks fire while on base in the U.S. His widow filed a negligence lawsuit against the Army under the Federal Tort Claims Act for its negligence in causing the fire (unsafe due to faulty heating system). The ruling that resulted denied her – and countless other active-duty soldiers and surviving family members – from holding the U.S. government accountable for negligence that occurred during active duty.

The provision of H.R. 2500 that changes this amends 28 USC Ch. 171 s. 729 specifically states that claims can be brought against the U.S. government for damages relating to the personal injury or death of a member of the U.S. Armed Forces that arises out of a negative or wrongful act or omission in the performance of medical, dental or related health care functions. Claims brought under this provision will have a three-year statute of limitations from the time claimant discovered (or with reasonable diligence should have discovered) the cause of the injury.

This change applies only to cases of medical negligence. In other words, if the fire that killed 31-year-old Lt. Rudolph Feres happened today, he still wouldn’t be able to prevail in a negligence claim. But the update to this law is still a very welcome one for hundreds of troops.

As McClatchy D.C. reported, those claimants may include:

These are the kind of South Florida medical malpractice claims our firm takes on in regular practice for civilians. Yet similar relief was not available to service members – until now.

Supporters of the previous policy had insisted that the military had systems in place to handle these types of claims, including free health care and wages both during active service and after discharge. In the event of death, the Department of Defense pays $100,000 to the service member’s next-of-kin. There is also a life insurance policy (into which service members can opt out) that pay another $400,000. There are also military and administrative systems for justice and accountability, but it’s worth noting those are entirely at the chain-of-command’s discretion. Service members don’t have the right to make their cases directly.

While courts have been reluctant to overturn Feres, despite dozens of tries over the last several decades, this move by Congress will go a long way in aiding injured soldiers seeking fair compensation.

U.S. Troops Could Soon Be Able to Sue Over Medical Blunders, Dec. 11, 2019, By Dave Philipps, The New York Times