One question our West Palm Beach injury attorneys often field from prospective clients is, “How long will my Florida personal injury lawsuit take?” The only accurate way to answer that question is the one people least like to hear: It depends. 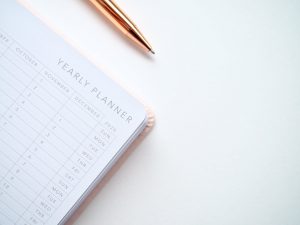 The timing depends on a long list of factors, including:

Of course, it may be possible to settle a case for quickly, but it’s important not to do so for an unreasonably low sum. Reaching a fair settlement can take some patience. A trial will inevitably take longer – sometimes years – but that isn’t how most Florida injury claims are resolved. Even those cases that do go to trial often are about either liability or damages, but not both. The more issues that can be resolved prior to trial, the faster the case may conclude.

The statute of limitations on most Florida personal injury claims is four years, per F.S. 95.11. That means you have four years from the cause of action (time you were injured) in which to file your claim. However, if your injury claim involves medical malpractice, you only have two years (except in some rare circumstances). It’s also two years if you are filing a claim for wrongful death.

Type and Severity of Injury

The first thing to know is that the type and severity of injury you sustained will have an impact on how long it takes to resolve a claim.

While it’s wise to file a claim as soon as possible, most injury lawyers advise a client to wait until they’ve reached maximum medical improvement (MMI). That means your medical condition has been stabilized and doctors don’t believe further improvement is likely. This is an important milestone because it gives us a good idea of how much compensation you should fairly receive. If you don’t suffer a permanent injury, you may be limited to claiming economic losses such as medical bills and lost wages. However, if you have sustained some degree of permanent injury, you may also be entitled to claim non-economic losses, such as pain and suffering, emotional distress and mental anguish. Your spouse may be able to file a claim for loss of consortium. You can make sure you reach MMI as soon as possible by maintaining all your doctor initial and follow-up doctor’s appointments, therapies, etc. and following their recommendations.

Claims involving severe injuries may also take more time to resolve because they take longer to investigate. They also tend to be worth more, so defendant insurance companies are likely to fight them harder.

Note that a third-party liability claim for injuries stemming from a criminal attack (negligent security, negligent hiring, etc.) be more time-consuming because there is the possibility of it being put on hold while the criminal case is pending. Although the civil claim is separate from the criminal charge and cases can proceed simultaneously, judges can choose to grant a stay or continuance in the civil matter. Usually this is because where cases share the same underlying facts, a criminal defense attorney may advise his or her client not to provide information during depositions (their right under the 5th Amendment to avoid self-incrimination). Once the criminal case is resolved, this is no longer a concern.

The Strength of Your Claim

If you have ample evidence of the defendant’s negligence, causation of your injuries and damages, insurers may be less inclined to invest time and resources to fight back. Although every situation is different, generally the stronger your case, the more likely it will be resolved quickly. The sooner you consult with a West Palm Beach injury lawyer, the better chance we’ll have of gathering as much favorable evidence as possible, including surveillance footage, witness names and medical records.

Having an injury attorney with extensive experience and a successful track record will work in your favor too. When an insurer knows you are legally represented by a lawyer who is unlikely to accept an unfair, low ball offer, they may be more inclined to settle faster.

Our team at Halberg & Fogg can give you a better idea of the timeline during a consultation after reviewing the specific facts of your case.