The Florida Supreme Court has agreed to decide whether a hospital can be held accountable for the negligent treatment by independent-contractor emergency room doctors. Our West Palm Beach medical malpractice lawyers will be closely following the developments of this case, and a decision is likely to be handed down sometime next year. 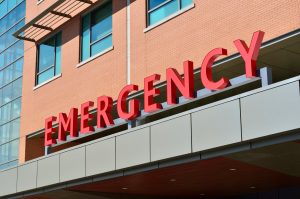 The case stems from a botched plastic surgery provided at an unlicensed clinic by a man posing as a Venezuelan doctor. The clinic was licensed to give massages, but advertised the services of certified plastic surgeons (which it did not have) to perform buttocks-enhancement injections. A 28-year-old woman was rushed to a local emergency room after suffering complications from the procedure in 2013. She was treated at the hospital’s emergency room and in the intensive care unit, but died within hours. The “doctor” was later arrested and the clinic shuttered, but her estate filed a lawsuit against both the hospital and emergency room doctors for negligence.

The Florida Supreme Court has agreed to review the conflict, but has yet to set a date for oral arguments.

The legal doctrine of ostensible agency (also known as “apparent agency”) alters the general rule that hospitals aren’t liable for the negligence of independent contractors. Ostensible agency comes into play when the hospital leads a patient to believe that it employs the doctor and the patient relies on that belief.

Several factors may be at play in asserting ostensible agency liability. Some examples include:

In the 2009 case of Ginsberg v. Northwest Medical Center, the Fla. 4th DCA embraced the theory of ostensible agency in imposing liability on a hospital for the negligence of independent contractor doctors. In that case, an emergency room patient underwent surgery for a kidney stone. The independent contractor urologist ultimately removed his entire kidney. He filed a complaint alleging medical negligence against the physician and vicarious liability against the hospital for the physician’s actions.

The trial court granted summary judgment to the defense, but the appellate court reversed because the signed hospital consent form indicating the surgeons were independent contractors didn’t on its own conclusively refute an apparent agency relationship.

The existence of an apparent agency relationship, as noted by the Fla. 3rd DCA in the 2007 case of Guadagno v. Lifemark Hosps. of Fla. Inc., exists when:

Some states have enacted statutes designed to describe and/or limit hospitals’ ostensible agency liability, but Florida isn’t one of them. The defense in the pending case before the state supreme court orders that this should be a legislative matter, as the decision to expand Florida hospital liability for emergency medical providers is one of public policy.

Plaintiffs say the main question is whether a hospital emergency department can delegate its duties for emergency services to independent contractors and thus simply absolve themselves of any liability for negligent care that occurs.