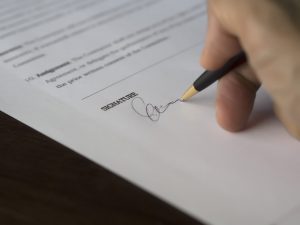 Will this be enough to protect the company from liability in a case like this?

Requirements for Enforceability of a Liability Waiver in Florida

Many companies use liability waivers all the time – from theme parks to recreational sports leagues to boating charters. Some demand that every patron/participant relinquish all rights to pursue claims against the company for any injuries that might occur.

South Florida injury lawyers know plaintiffs are right to worry that by signing a liability waiver, they may have signed away their right to any compensation. However, as our South Florida injury lawyers can explain, the law is expansive enough to account for complications and the fact of a liability waiver isn’t an absolute impediment to financial recovery.

n order to do so, the waivers must:

But in the case of this child’s ziplining injury, it may not be a contract defect that allows plaintiff to push forward with her case. It could be gross negligence. Unlike ordinary negligence, no company can limit its liability for gross negligence.

As defined in F.S. 768.72(2)(b), gross negligence is conduct that is so reckless or wanting in care that it constitutes a conscious disregard for the life, safety or rights of a person exposed to that conduct.

The failure of three employees at a trampoline park to not to fasten or check any of the boy’s safety harness points, as the lawsuit alleges, would seem to easily cross the gross negligence threshold.