There are an estimated 39 million survivors of child sexual assault in the U.S. today. Of those, nearly one-third never tell a soul what happened to them. For many others, the truth isn’t revealed until many years later, often when they are adults who more fully understand what was done to them. Unfortunately, not all of our laws have caught up with this reality.

In Florida, survivors of sexual assault typically have a 4-year window in which to pursue a civil claim against the institutions whose negligence allowed the abuse to occur. After four years, the statute of limitations time-bars the claim. If the abuse was ongoing, the statute of limitations clock wouldn’t start until the last instance of abuse. There are a few exceptions, though, which is why it’s important if you’ve been sexually molested, abused, or assaulted – even if it was many years ago – that you discuss your legal options with an attorney. 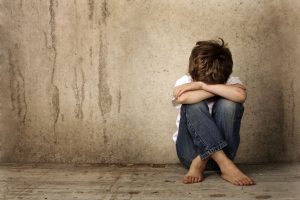 (Note that the statute of limitations in criminal sexual assault cases is longer: Within 7 years after the victim turns 18; within 4 years of the time a victim discovers the link between a related injury and the abuse; within 4 years of the time a victim abandons/stops depending on the abuser. In 2020, lawmakers passed “Donna’s Law,” which removes the statute of limitations for criminally prosecuting acts of sexual battery against children under 18. However, the law isn’t retroactive, and is only applicable to crimes committed on or after July 1, 2020.)

The strict nature of the statute of limitations on civil sexual assault cases was underscored in a case before the Florida Supreme Court last year, R.R. v. New Life Community Church of CMA. In that case, the Florida Supreme Court held that the statute of limitations time-barred two women from pursuing a sexual assault civil lawsuit against a Florida church and other defendants over allegations the women were sexually abused as children by a church employee.

The trial and appellate courts had already ruled against the two plaintiffs, who reported they were molested as young children by the church worker between 1996 and 2005. The worker, currently in prison on unrelated child porn charges, isn’t a party to the case. Instead, the defendants include the church, the man’s parents (also church employees) and others. One of the women said she was molested between the ages of 4 and 11. Her attorney would later say she didn’t recognize abuse had occurred because she thought she was being punished for bad behavior. She therefore didn’t tell her parents until after she was an adult. The other woman alleged she was molested once when she was 4. She told her parents about it shortly after it happened.

Both the trial court and the 5th District Court of Appeal held that the statute of limitations on their claims had already passed. However, the Florida Supreme Court took up the matter because, as our Palm Beach sexual abuse attorneys can explain, other appellate courts ruling on similar cases had reached different conclusions. Specifically, the 3rd and 4th District Courts of Appeal had held that civil sexual abuse lawsuits filed by those who were minors at the time of the abuse don’t accrue until the minor reaches the age of majority OR “until a proper representative knew or should have known of the minor’s claims.”

In siding with the 5th DCA, the Florida Supreme Court justice writing for the majority found that justices with the 3rd and 4th DCAs “went outside the statutory framework… (and) undertook a form of lawmaking.” In essence, the lower courts had overstepped their separation of power boundaries. They did not have the power to adopt a common law delayed accrual rule for minors onto the existing statutory framework.

All that said, an increasing number of states are enacting laws that waive the statute of limitations for civil claims stemming from the sexual abuse of minors. Lawmakers are coming to recognize there are valid reasons why individuals would wait years or even decades before coming forward to seek accountability for sexual abuse. The laws are (slowly) evolving to better reflect that truth.

If you have been the victim of sexual abuse, our compassionate, dedicated civil trial lawyers are here to answer questions and help you navigate the legal process as you seek justice.