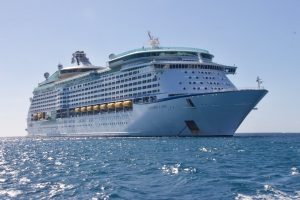 Most incidents involve criminal acts by other passengers, though a handful every year involve crew members and third parties.

Rape on cruise ships is an underreported crime, so the several dozen sexual assault incidents reported by cruise ships to the public annually (thanks to the Cruise Vessel Security and Safety Act of 2010) is likely a low reflection of the actual total.

Crimes may be reported and investigated by the Federal Bureau of Investigation. However, it’s important to understand that security on the ship are employees of the cruise line, not law enforcement. The CVSSA does however does require that passenger sexual assault victims should have access to necessary resources for medical attention, on-board sexual assault forensic exams, and the ability to file a report.

Because maritime laws are applicable, civil  injury claimants may face different proof standards, shorter statutes of limitations, and more pitfalls than those in most other Florida sexual assault cases.

Your ticket is your contract with the cruise line, and all that fine print will become relevant if you’re considering pursuing a civil claim against them for a sexual assault.

For example, you may or may not have noticed the fine print on your cruise ship ticket when you bought it, but it probably restricts any litigation against the company to the jurisdiction of federal courts. (The U.S. Supreme Court has affirmed the fairness of cruse line forum clauses.) There might also be detailed provisions for how civil cases must proceed and the administrative remedies you may need to pursue first.

The ticket also likely outlines its own statute of limitations on passenger claims. While Florida law allows 4 years for most sexual assault claims, maritime law allows three years. But the language on your ticket might shorten that window to just one year, with notice required within six months. Sometimes as sexual assault attorneys that means we are pressed to file a claim while the victim is still recovering from the trauma/undergoing medical treatment; failure to act within that six-month window could mean the entire case is lost. That’s why it’s so important to consult with a local cruise line injury attorney as soon as possible.

There are also complications when it comes to things like:

On the flip side, surveillance footage can prove helpful, as do the reports generated in accordance with the CVSSA.

The identity of the assailant might impact what type of civil lawsuit can be filed. For instance, if the attacker was a crew member, then a legal theory known as strict liability would apply. That would mean you don’t necessarily need to prove intent or negligence; only that it happened and the offender was an employee.

If the offender was not an employee but rather a fellow passenger or contractor, the cruise line may still be liable, most likely on the basis of legal theories like premises liability (inadequate security, etc.), negligent hiring, negligent training, negligent supervision, etc.