Anyone who’s ever filed a Florida personal injury lawsuit probably understands the unpredictability of life – and death – better than most. But what happens when the defendant in your pending personal injury lawsuit dies suddenly? In short, it will inevitably impact the case, but the claim doesn’t die with them. That said, there are certain steps you may need to take to preserve your claim. 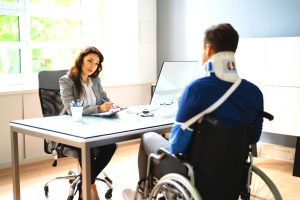 Florida’s survival statute, F.S. 46.201, states that no cause of action (the reason for the lawsuit) dies with the person. Lawsuits can be initiated, prosecuted, and defended in the name of the person who has died. In other words, if the defendant in your Florida personal injury lawsuit dies while the case is pending, you can continue to pursue the claim against their estate. Further, if you have a valid cause of action but haven’t yet filed your lawsuit by the time the would-be defendant dies, can still pursue that case against the defendant’s estate – assuming the statute of limitations hasn’t expired.

What if the situation is reversed, and it’s the plaintiff who dies? Personal injury lawsuits aren’t extinguished because a plaintiff dies.  The decedent’s personal representative would have to take over the case. From there, the only thing that really changes is the type and amount of damages that can be recovered. For example, damages for future medical expenses, lost wages, and mental anguish are no longer on the table if the plaintiff is dead.

Additionally, per F.S. 733.104(1), if a potential plaintiff had grounds to file a civil injury lawsuit but died before they could do so, the personal representative of their estate can initiate the claim, so long as they do so either before the statute of limitations runs out OR within 12 months of the decedent’s death – whichever is longer. In some cases, because it can take months for a personal representative to even be appointed, personal injury claims can also be commenced by either a curator or an administrator ad litem. The absence of a known personal representative is not a valid excuse for not filing a timely motion to substitute.

All this said, our Palm Beach personal injury lawyers must stress that if any party to a lawsuit dies, it is imperative to take proper steps to preserve the claim.

One such step is filing a Notice of Suggestion of Death, typically filed by the decedent’s attorney. This triggers a 90-day window in which the other side has to move for substitution of a personal representative in place of the decedent. If such a motion isn’t filed within that 90-day window, the other side can request that the action be dismissed as to the deceased party. Although these deadlines are important, Florida courts have largely been reticent to grant a motion to dismiss if the party seeking substitution made some effort to comply. (Fail to do anything, though, and the case is likely to be tossed.)

A few years ago, in the case of Mattick v. Lisch, Florida’s 2nd District Court of Appeals was asked by the plaintiff in a Florida car accident lawsuit to review a final defense judgment dismissing the case after the defendant driver had died while the injury lawsuit was pending. The decedent driver’s attorney was acting as guardian ad litem for his estate. The lower court dismissed the plaintiff’s personal injury lawsuit because the plaintiff failed to substitute as the defendant within the 90-day window. Plaintiff had been trying to serve process on the other driver when she learned that he had died. She then obtained an order appointing an attorney ad litem for purposes of service. The defense then moved to have the case dismissed because plaintiff didn’t properly name the estate as the defendant. Plaintiff responded by filing a suggestion of death, as well as a motion to substitute the defendant’s estate as the appropriate party.  The attorney appointed guardian ad litem for the estate carried on for two years in the case – filing answers and affirmative defenses on the estate’s behalf. As it turned out, however, the estate was never actually opened. After two years, the attorney ad litem sought to dismiss the case for failure to substitute the estate as the defendant. Per Florida Rule of Civil Procedure 1.260, the plaintiff had 90 days from the date she filed the suggestion of death to substitute the estate as a party.  But the estate had never been opened. Plaintiff’s attorney said he thought the defense’s attorney would be opening the estate, but was trying to remedy this by initiating the process of opening the estate, which was expected to be completed the week after this hearing took place. The trial court granted the defense motion to dismiss.

On appeal, the Fla. 2nd DCA reversed. The court pointed out that the law requires a motion to substitute be filed within 90 days of the suggestion of death on the record. Plaintiff complied with this portion of the requirement. The fact that the estate wasn’t opened doesn’t change this fact. What should have happened is the lawsuit should have been abated until the estate or proper representative had been substituted. And while trial courts have the authority to dismiss a case for sanctions on dilatory tactics (those intended to delay a case), there wasn’t evidence here that plaintiff’s failure to open the estate was willful or deliberate – especially because the defense attorney ad litem had filed an answer and affirmative defenses in the case. There was apparently confusion on both sides, and the appellate court held that the appropriate response by the court should have been to abate or pause the action rather than dismissing it.

Bottom line: A Florida personal injury lawsuit can survive – even if key parties to the lawsuit don’t – but an expeditious and proper response to legally preserve the claim is vitally important.

THIS PARTY’S DEAD! BUT WILL THE LAWSUIT SURVIVE? May 2016, By Jonathan A. Galler, Florida Bar Journal