Failure to diagnose is the No. 1 reason physicians face medical malpractice claims. One study in 2013 published in the journal BMJ Open analyzed claims against primary care physicians in the U.S., Australia, France and Canada and found that between 26 and 63 percent of all medical malpractice lawsuits stem from a missed diagnosis. The most commonly misdiagnosed conditions in adults were myocardial infarction (heart attack) and cancer, and meningitis in children. 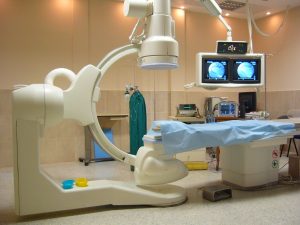 It was reportedly a failure to properly review a high school senior’s kidney ultrasound led to his death two months later on a class trip, according to a medical malpractice lawsuit filed by his parents two years ago. Now, probate court records show the hospital involved has settled the case for $2 million. Valley News in New Hampshire reports the teen suddenly collapsed and died while changing planes en route to a youth leadership conference. An autopsy showed he had a large cancerous tumor on one of his kidneys, which had partially dislodged, passed through blood vessels and into his lungs and heart.

At issue was the fact that doctors had known about a calcified cyst on the boy since he was just 7-years-old. It was a condition that required yearly checkups. In May 2014, at age 17, he experienced blood in his urine, was admitted to the hospital and physicians performed a kidney ultrasound. The doctors ascertained upon review the kidney was stable and his condition unchanged. There was no extensive work-up of ultrasound results and he was discharged from the hospital that same day. He died in late June 2014.

Plaintiffs (his parents) alleged in court filings the hospital’s interpretation of that kidney ultrasound was grossly inaccurate, given that the mass on the teen’s kidney was at least seven centimeters – a fact left out of the radiological report. That tumor, plaintiffs alleged, required immediate assessment and probably surgical intervention. Had the teen received the proper treatment at that time, plaintiffs asserted, the teen would not have suffered the life-threatening condition from which he ultimately died.

He had been an outdoors enthusiast, football and lacrosse player and Eagle Scout. He had his whole life ahead of him, and this, our Port St. Lucie medical malpractice attorneys know, goes to the heart of the amount of damages a family is entitled to receive. Once liability in a medical malpractice case is established, the question of damages typically becomes hotly contested. Courts will analyze things like:

If we’re comparing the pain and suffering of a 75-year-old patient versus a 17-year-old patient, a court might come to the conclusion they are about the same. However, one’s loss of life enjoyment and future earning capacity will be quite different.

Defendant in this case had argued for dismissal on grounds that wrongful death damages awarded under New Hampshire law couldn’t be distributed to a decedent’s estate in Vermont (the family lived in Vermont but the teen obtained treatment in New Hampshire), but the U.S. District Court for the District of New Hampshire found no legal basis for that argument.

Missed diagnosis cases in South Florida can be very complex, and it’s important to trust your claim to an experienced injury lawyer you can trust.