As longtime Palm Beach sexual abuse lawyers advocating for Florida victims and survivors in civil litigation, it’s sadly no surprise when prominent businesses, organizations, government agencies, or institutions fail in their duty to protect those most vulnerable to sexual predators. Time and again, these entities allow basic safety protocols, oversight, security, and reporting take a back seat to profits and prestige. The result is victims suffer in silence while predators carry on – sometimes entirely unfettered. 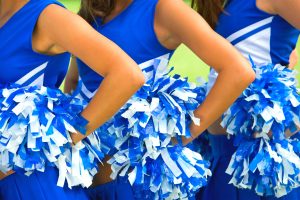 This is why when survivors of sexual abuse within an organization (school, workplace, sports club, church, etc.) come forward, civil case attorneys prioritize a deep dive into that organization’s history, policies, practices, and protections. Rarely are such occurrences isolated.

We saw yet another example of this recently with the three Florida sexual abuse lawsuits filed by former youth athletes against several cheerleading organizations, gyms, and investors. The plaintiffs were competitive cheerleaders, coached at the same Daytona Beach gym by the same man, who is now facing felony sexual abuse charges. But as noted in the complaints, the blame doesn’t rest solely on the coach. Rather, plaintiffs say, fault also lies with business and athletic organizations that established operational models with lax oversight policies that allowed young athletes to be taken advantage of by sexual predators.

What’s more: This is far from the first time some of these cheer organization defendants have been named in civil sexual abuse lawsuits for similar lapses in other states.

More than a year before the Daytona cheerleaders filed their federal sexual abuse lawsuit, USA Today published an investigation detailing failures of the U.S. All Star Federation (the primary governing body of national competitive cheerleading) in protecting young athletes.

That investigation was triggered in large part to USASF’s problematic response to troubling sex abuse allegations against Jerry Harris, a cheer celebrity who previously starred in a Netflix documentary series about cheerleading. The 23-year-old Harris is currently serving a 12-year federal prison sentence after pleading guilty to coercing teen cheerleaders into sending him obscene photos and videos and soliciting sex from minors at cheer competitions. Journalists examined the USASF child protection policies and how Harris was able to act with apparent impunity for as long as he was. Following publication of that report, USASF responded by enacting a host of child athlete protections – which included banning more than 140 coaches and athletes who had been accused of sexual misconduct.

Then this year, USA Today followed up on the organization’s practices – and learned there still several individuals accused – or even charged – with sexual misconduct who continued to coach, work, and compete in USASF-sponsored activities.

Among the reported revelations:

In this case, the 43-year-old coach was accused of inappropriately touching the teen athletes and exposing himself to them- in the gym, outside the gym, in the car, and over video calls. He reportedly gained the trust of the girls’ families, citing shared religious beliefs and values, and was frequently trusted to transport girls to various events and competitions. He was widely known by the young athletes as “creepy.” Complaints against the coach were filed with the Florida Department of Children and Families as well as USASF. However, no action was taken by the gym until the police got involved. He is listed as “temporarily ineligible” for participation in USASF-sponsored activities.

Gyms affiliated with these large, renowned cheer organizations often advertise the benefits of “intensive one-on-one” coaching. Parents may fairly perceive USASF-certified gyms and coaches as being carefully-vetted and bound by stringent oversight rules to prevent abuse. And yet, the known sexual abuse cases that have been documented over the last few years leave that conclusion in serious doubt.