A bipartisan-supported state bill that would have allowed non-economic damage claims in Florida medical malpractice wrongful death cases to be brought by the parents of unmarried, childless adult children over age 25 has failed in the Senate Rules Committee. 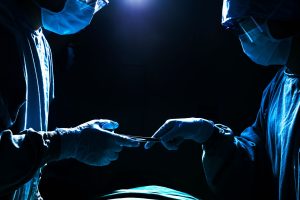 The outcome was disappointing, but predictable, given the strength of the health care and insurance lobbies here in the Sunshine State. In effect, there will continue to be cases of Florida medical malpractice wrongful deaths for which there is no legal remedy – simply because the decedent had no spouse or minor children under the age of 25.

Proponents of HB 6011 say it would have closed the “free kill” loophole of Florida medical malpractice law. Specifically, the way the law is currently written, it limits financial recovery in medical malpractice wrongful death cases so that the only people who can sue are the decedent’s surviving spouse and/or children under 25. Backers of HB 6011 have argued that this oversight effectively creates an incentive for physicians to allow some patients to die, rather than save them. Specifically, if an unmarried adult patient with no under-25 kids survives injury or illness resulting from medical malpractice, they can sue the doctor in their own right. But if that patient dies, there would be no survivors under Florida law who could bring that claim. This is what patient advocates have been referring to as a “free kill.”

It’s certainly in stark contrast to general negligence wrongful death claims, wherein there is a broader net cast for who has the right to sue.

When a person’s death is the result of a wrongful act, negligence, or breach of contract, Florida law allows family members or the estate to bring claims for lost wages, benefits, and other earnings. Family members may also sue for support and services the deceased can no longer provide, as well as for the loss of guidance and companionship. The law also allows compensation for mental and emotional suffering (non-economic damages). Those who can pursue such claims include:

Closing this loophole was an effort that was initially backed by bipartisan support, with the Florida House of Representatives passing the measure 102-13. However, the bill’s Senate counterpart, SB 262, did not gain traction.

Our West Palm Beach medical malpractice lawyers hope that lawmakers will consider resurrecting this effort in the near future. Consider the following scenario:

A Florida surgeon goes out to lunch, downs three cocktails, gets into his car, runs a stop sign, and runs over a pedestrian. The adult children or parents of that pedestrian can sue the doctor for wrongful death. Now, let’s take that same scenario, except the surgeon manages to make it safely back to the hospital. Still intoxicated, the surgeon heads into the operating room, makes a major medical mistake, and it results in the death of an unmarried patient survived by older parents and a child over the age of 25. In that scenario, neither the decedent’s parents nor their adult child could sue the doctor for medical malpractice wrongful death in Florida. In our view, that is justice denied.

As longtime advocates for Florida patient safety and wellbeing, we will continue to fight for those impacted by medical malpractice.

HB 6011, Recovery of Damages for Claims in Medical Negligence