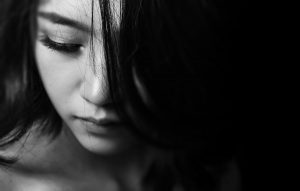 As West Palm Beach sexual abuse lawyers, we work with sex crime survivors to determine legal remedies in the civil sphere. That means pursuing civil litigation against the abuser personally, but also the people, institutions, businesses and organizations that had a duty to protect the victim – and failed.

These claims are separate from the criminal proceedings, though they may occur simultaneously and sometimes have an impact on each other.

The Institute for Women’s Policy Research reports the type of workers most at-risk of sexual assault and exploitation include:

The damage suffered by sexual assault and harassment survivors can’t be undone by an award of compensation. However, there often quantifiable losses that occur in these cases, including costs for medical expenses, lost wages, reduced opportunities for on-the-job learning and advancement and forced job changes/unemployment. The other reason many victims pursue civil claims is to deter businesses and organizations from continuing to protect abusers and punish victims.

The Tampa Bay Times recently reported that three former servers at a popular nightclub in South Florida are suing the club’s former co-owner and the hospitality LLCs through which he and his business partner owned several different restaurants.

According to the complaint, one of the women said she was coerced into engaging in a sexual acts with the co-owner in exchange for preferential treatment and better sections. Another said she was sexually assaulted by her boss after the two attended a baseball game at which he continued to buy her drinks. She became extremely impaired, and he insisted she come to his house so she wouldn’t have to drive and would have a “safe” place to sleep. The third woman alleged her boss coerced her to drink to excess for “fun” and threatened negative consequences at work if she didn’t go to a party with him. While at that party, her boss offered her a narcotic, from which she became extremely intoxicated. She said he then used his agency and position as her boss to coerce her into sexual exploitation – even as she could not consent due to impairment.

The allegation against the company is that the defendants were aware – or should have known through exercise of reasonable care – that the nightclub co-owner wasn’t fit for managerial duties, didn’t exhibit appropriate boundaries with female employees and tended to frequently engage in inappropriate behavior with female staff.

Companies can be held liable for sexual harassment if they fail to protect victims, but they can also be held vicariously liable for the misconduct of their employees acting in the course and scope of employment.

Attorneys handling the women’s cases have reportedly fielded dozens of calls from women alleging similar misconduct. Unfortunately, several of their claims fell outside of Florida’s four-year statute of limitations for injury lawsuits.

If you have suffered sexual abuse or exploitation at your South Florida workplace, our West Palm Beach civil trial attorneys are available to answer your questions and help you decide the next step.