Florida motorcycle accidents differ from other types of vehicle crashes for a number of reasons – not the least of which being how civil claim attorneys pursue damages for injuries. 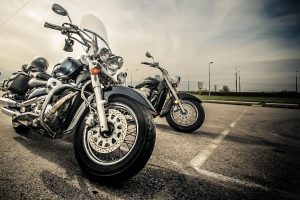 In educating motorcyclists and passengers about these differences, our hope is they can make smart choices about insurance coverage – as well as what to do after a Palm Beach motorcycle accident to protect their best interests.

Florida is among the most popular – and deadliest – states for motorcycle enthusiasts. The National Highway Traffic Safety Administration (NHTSA) reports more than 5,000 motorcyclists nationally lost their lives in crashes in a single recent year. Of those, nearly 600 died in Florida. While this is one of the largest states with a rapidly-growing population, that’s not the sole explanation. There are far more motorcycle accidents in Florida than in California or Texas – both of which are bigger and have much larger populations.

How Florida Motorcycle Accidents Are Different Than Other Crashes

In truth, any auto accident has the potential to upend your life. Motorcycle accidents, however, are uniquely hazardous.

One explanation for this is that motor vehicle safety has improved substantially over the last two decades. As the NHTSA notes, newer cars are safer cars, with standard three-point seat belts, reengineered air bags (and the addition of side airbags), electronic stability control to reduce spinouts and plow-outs, rearview backup cameras to prevent back-over crashes, blind spot detection, and driver assistance. Motorcycles, however, have remained largely unchanged.

Meanwhile, driver distraction has become increasingly common, putting motorcyclists at even higher risk of drivers who often overlooked them even before smartphones and dashboard systems became ubiquitous.

The greater severity of injuries in South Florida motorcycle accidents means these are going to be higher-stakes civil claims. Insurers know this. They’re often eager to settle these cases quickly, for as little as possible – if they don’t deny them outright. This is where working with an experienced Palm Beach motorcycle accident lawyer is to your benefit. We recognize right off the bat what these cases are worth. When we commit to advocating on your behalf to ensure you receive the compensation to which you’re entitled, we do not allow insurers to bully our clients into an unfavorable settlement.

It’s worth noting that compensation in motorcycle crashes is not going to include PIP (personal injury protection) coverage. That’s another major difference compared to car crashes.

PIP, as outlined in F.S. 627.737, is mandatory, no-fault coverage that is paid by your own insurer after a crash, regardless of fault. It has its deficiencies (and it’s not without controversy), but it does provide up to $10,000 in compensation for medical bills and lost wages – even if you caused the crash. However, PIP is not available to motorcyclists. For at-fault operators, it means they are most likely going to be leaning primarily on their own health insurance. Injured passengers may pursue the operator for negligence.

What to Do After a Palm Beach Motorcycle Accident

Motorcycle crash scenes are chaotic and stressful – if you’re even still conscious of what’s happening. Your first priority – if the choice isn’t made for you – is to seek immediate medical care. This is true even if you believe you lucked out with only a few scrapes and bruises. Injuries to the head, neck, spine, and internal organs can be far more severe than they seem initially. Catching them early can literally save your life.

In addition to attending to your health needs, being seen right away by a doctor helps establish a causal link between your injuries and the crash, as well as the severity of injuries.

Contact police, if they aren’t already on their way.

If you are able (or if a friend/relative is able), document as much of the scene as possible. Take photos and video. Get the names and contact information of any potential witnesses. As soon as you have a moment to catch your breath, write down in your own words what happened.

Your next step is to talk to a personal injury attorney. If you are a spouse or parent with power of attorney for a motorcycle accident victim who is incapacitated, you may initiate this on their behalf. This will help to ensure everything is handled appropriately, and you aren’t inadvertently hindering your best chance for fair financial compensation.

We can help motorcycle accident survivors and their loved ones file an insurance claim. To succeed on this front, we must provide enough evidence to show:

When you work with an attorney at the outset, you avoid common mistakes like over-explaining the accident, trying to assign blame, erroneously conceding some wrongdoing on your part, or revealing irrelevant prior injuries or medical conditions. Insurers use these sorts of things to deny claims or limit monetary recovery. If you must speak to an insurance adjuster, stick to plan facts and yes-no answers. Let your attorney talk for you, if you’re able.

If an insurer does offer you a settlement, it’s a smart idea to talk it over with an injury lawyer before signing. Many settlement agreements bar you from seeking any future damages. So if you realize later your long-term injuries are more serious than you thought or the medical bills are higher than you realized, you may be out-of-luck.

Attorneys who routinely negotiate Florida motorcycle accident settlements can tell when the offer being presented is unreasonable. If the insurer is being stubborn and refusing to reach a fair agreement, we can help clients file a lawsuit.

The Florida statute of limitations is four years for personal injury claims and two years for wrongful death claims. That’s not to say you should wait that long before filing, particularly as other factors might impact that timeline. Discuss your goals, obligations, rights, and concerns with an experienced Palm Beach injury lawyer before taking the next step.